Integrating Gaming and e-Learning Design Part 3 of 3: Getting Started 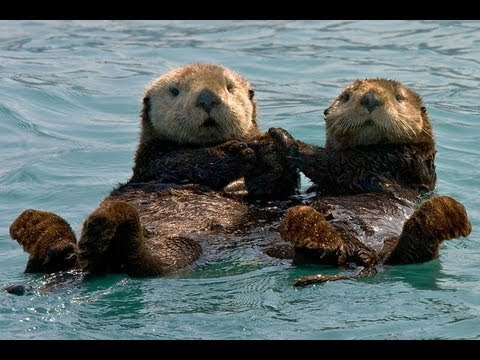 You may want to read Part 1 and Part 2 before delving into Part 3.

You might also want to look at pictures of otters holding hands.

As promised, we’d love to share some critical suggestions from our hard-won experience implementing our model integrating games with learning events. Oh, right. Here’s that model.

People start shouting “Gamify! Gamify!” the way ancient Romans screamed for lions to be fought against Colosseum gladiators. When you hear the chanting crowds, nod politely and say, “Yes, gamification is certainly a possibility. First let’s talk about the goals of this project.”

If the stakeholders can’t produce the exact goals (as in written goals), that’s okay. You can work with them to identify the criteria for project success. Whether you’re attempting gamification or not, you need those project goals anyway.

After you ask for project and stakeholders have no idea how to answer, here are the kinds of things they say:

We developed a game-like interaction recently (not a game…game-like). We worked with our two main stakeholders to establish project goals. We wrote them up, very carefully reflecting back the exact priorities we heard. We discussed the broad-reaching implications for their goals.

For example, they wanted the experience we designed to “go viral.” We discussed the kinds of things that go viral, the things that do not, the length of experiences that go viral, and how elusive “going viral” is. We analyzed what audiences needed to experience before they would choose to share through social media. We analyzed how many shares would be required for them to say, “We did it.” Their project goals were not something we wrestled into a 12-pt. fonted-bullet and ignored, once written. These project goals were the final evaluation of the experience, which meant we analyzed and discussed them thoroughly. We designed the entire experience around achieving those goals. They’re that important.

Follow-up story from the same project…

An individual from their organization got involved toward the end of the project. He hadn’t been around for goal-definition, and the only reason he was involved now was internal politics on their side. He was agitated there was no “knowledge check” in the middle of the experience. How could anyone guarantee “learning took place” without a multiple-choice test which analyzed memorization of statistics about the industry?

The experience never was designed to measure industry knowledge—that was never a goal. In fact, a pass/fail knowledge-check would kill any chance of going viral.

Even though the project goals were shared—and discussed—with him, he thought they were “wrong” and was incensed the execution didn’t interrupt the learner experience with quizzes. He refused to believe that interrupting game-play with fact-based memorization (“How many millions of people suffered from Disease X in 2015?”) would kill people's enthusiasm.

Which leads to the second hearty recommendation: make sure everyone on the team understands, and 100% agrees to the project goals. In this situation, his late-addition to the team was unforeseen and could not be prevented. Hopefully, you won’t face that challenge. But make sure your clients understand these aren’t YOUR project goals (even if you facilitate the conversation of extracting them) but THEIRS. You need your stakeholders fully invested in the project success before you can design something that works.

You need to define the desired performance on your project anyway, so this step isn’t specific to gamification or gameful design. But again, performance is sometimes difficult for stakeholders to define, especially on those projects they deem “awareness,” or “just learn ideas.” If the solution is training, there’s a performance. If the solution is information-based, it’s education, and that means nobody cares if there’s a shift in performance or the organization.

One big thing that makes this step easier? Identifying project goals. Lucky you! You already did that.

Defining aesthetics is a bit more challenging. As you discuss with stakeholders, people are going to say the things they say every time you start talking about gaming: “It should be fun!” “People should want to play more than once.” “It should be cool.” “Really aesthetically pleasing.”

But let’s break down those concepts and ideas, or at least the idea of “fun.” Most people make a few haphazard brainstorming attempts at “designing something fun” and then get frustrated when others cross their arms and say, “that doesn’t sound fun.” Soon, the room is making compromises and nobody’s having fun.

For adults, fun means a thousand things. We all define that word differently. (If you’d like more context around the subject, consider reading, “A Theory of Fun” by Raph Koster.) But don’t be afraid to step far away from that word, at least for a while. The word “fun” is often applied by our brains to non-painful experiences that we found satisfying and meaningful. Instead of trying to “design fun” as an aesthetic experience, design something meaningful and satisfying based on the performance you want to see executed, the performance that aligns with the project goals. Fun may grow out of that.

Don’t be afraid to wrestle with nebulous words when discussing aesthetics. Don’t be afraid to use synonyms that are clearer to everyone on the team, nuanced words that tease out closer alignment to project goals. Instead of fun, discuss the aesthetics of “satisfying,” or “rewarding.”

How will you know if you’ve defined the aesthetics goals appropriately? Because people on the project team can trace how that aesthetic will help you accomplish the project goals.

Okay, this aspect is a bit challenging. It’s so much more tempting to discuss game mechanics—and easier to discuss those as well. Quoting Part I of this series may help refresh ourselves on the concept:

Dynamics are a little trickier concept to grasp. Dynamics are the emergent behavior that arises from gameplay when mechanics are put into use. Whuuuuuuut? Think again of Monopoly: some players snatch up the expensive properties, hoping to extort higher rents, bankrupting friends and family with one unfortunate roll of their die. Other people buy many cheaper properties and quickly build hotels, hoping to get take money through quantity. These are strategies. There’s nothing in Monopoly’s rules that says which strategy should lead to winning. Strategies are game dynamics that emerge when mechanics are put into use. Other Monopoly dynamics include trading properties, or calculating probabilities of landing on certain squares.

Again, dynamics are how people interact with the mechanics.

How do you get better at discussing and analyzing game dynamics? Consider this: if you decided to become a better chef at home, you would not accomplish this by purchasing more vegetables or spices. I mean, you could, sure, but not just by positioning them around the kitchen. The best way to broaden your chef skills is to TASTE. Eat different flavors. Perhaps order a tasting menu with a friend and analyze each course. Try to understand the complexities of flavors and why pineapple works so well with ham, but isn’t as tasty with beef wellington. You can use your expanded awareness of taste combinations and desired flavors to buy those vegetables and spices, because now you understand what you’re shooting for.

Everyone reading this blog post can nod and say, “Sure, sure. I’ll do that, but I already understand games. I played Angry Birds for an hour when it came out, and card games in college, so I kinda got this.” First off, those college games were thinly-veiled drinking games, so quit kidding yourself. You were buzzed on crappy beer, which means they don’t count.

Chances are, the last time you played a game, you weren’t analyzing the emergent behavior. You were playing. This time, bring a different consciousness to the experience. Paying attention to the emergent behavior as you’re playing—and the aesthetics it seems to court—is tougher. Our advice: play ten games in the next month (each one for at least a half-hour) and when done with each game, jot down a few notes on the dynamics. Do so, and you’ll find you have an entirely new vocabulary for discussing game dynamics.

Pro tip: you know who loves to play games? Kids. Time to be an awesome parent/uncle/neighbor and play some fun kid games. If the goal is to analyze dynamics, the mechanics are easier to grasp in kids’ games, which frees up more of your brain space for analyzing dynamics. Also, watch for how kids cheat. That’s an emergent behavior, too.

As long as you’re analyzing game dynamics and jotting down a few notes on the experience, make a list of the game mechanics at the same time: the tools, the rules, the pieces, the necessary collateral. After playing ten games, you’ll have amassed quite a list of mechanics. Then, you can compare and contrast. You might notice that Game #5 uses dice and Game #8 uses a “randomizer machine from the future,” but you realize both rely on the same mechanic for game play: random sequencing.

Again, the goal is for your game-savvy score is to roll over into triple digits, which means you have to play and analyze what you play for that to happen.

We do not debrief that night.

We do not analyze mechanics, dynamics, and aesthetics.

(We also stuff our faces with snacks and a few adult beverages, but let’s focus on gaming.) If you want to understand game design, you have to abandon your analysis brain at some point to simply play.

Hey, what did you think of this three-part series? Drop us a line. Thanks! Ellen and Edmond 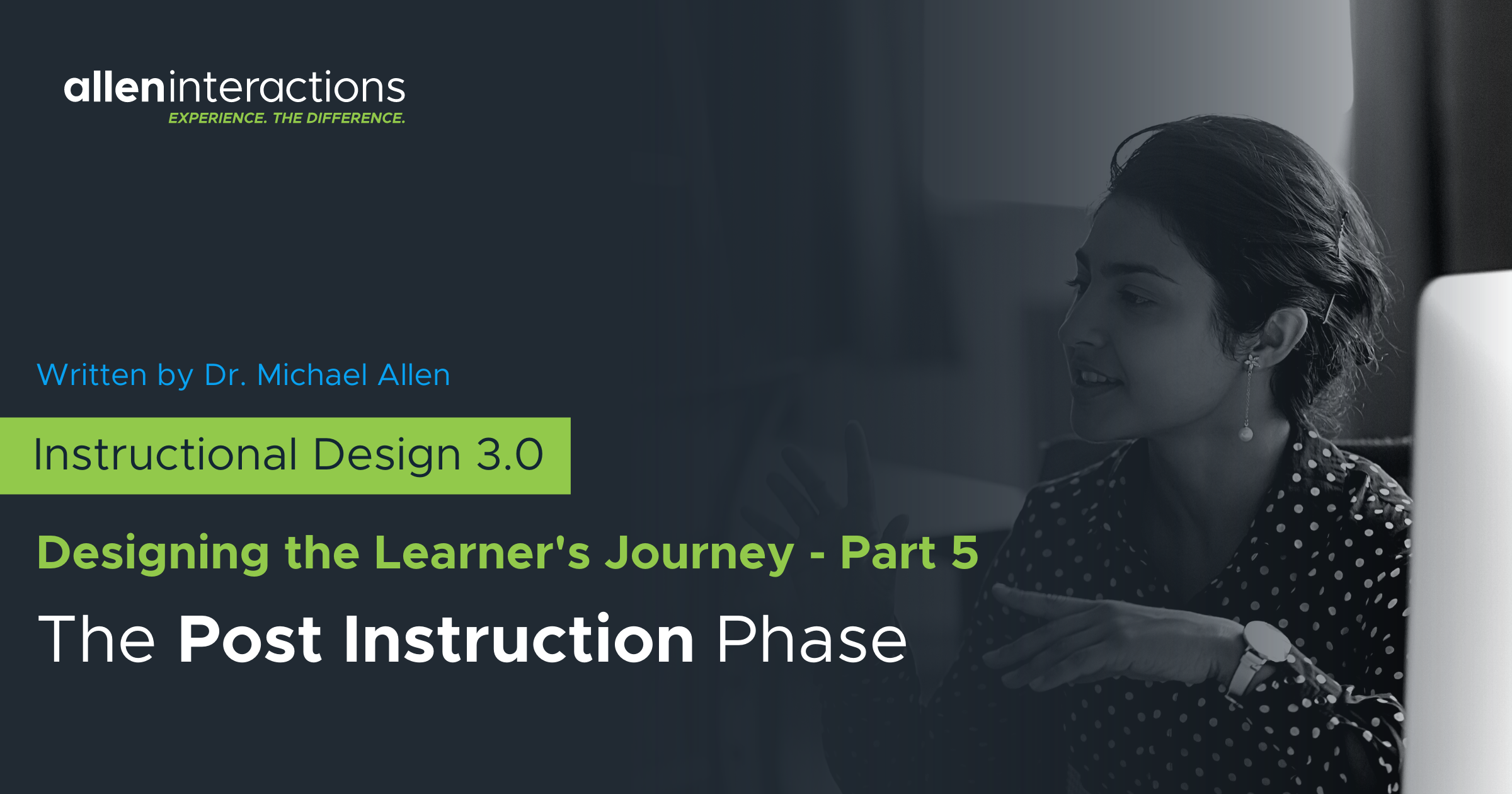